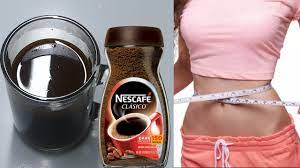 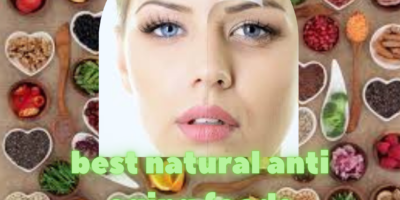 The ketogenic diet is based on reduced carbohydrate intake and increased fat intake . It was originally used in medicine to treat epilepsy in children, followed by diabetes, cancer and Alzheimer’s disease.

Today, the ketogenic diet has become an effective way of dealing with unwanted adipose tissue and maintaining the overall health of the body. Keep in mind that before you start adhering to a diet, you should consult a doctor or nutritionist.

In the article below, read what a ketogenic diet is and how to implement it.

How Does a Ketogenic Diet Work?

This puts the body in a state of ketosis, in which the liver breaks down fat cells into fatty acids into ketones, which it uses as an energy source.

“Ketones are produced when you eat low in carbohydrates and moderate amounts of protein. The body is then in a state of ketosis, blood insulin levels are low, and fat is effectively consumed, ” explains Dr. Eeenfeldt.

In order to bring the body into a state of ketosis, it is necessary to reduce carbohydrate intake to the lowest possible level, increase fat intake and maintain a healthy protein level.

There are multiple versions of the ketogenic diet. The Healthline Health Portal  explains each of them:

Benefits of a ketogenic diet

The ketogenic diet has certain benefits, which are listed below:

no fasting – due to increased fat intake, the body will be much easier to control hunger compared to other diets that we usually associate with giving up our favorite foods,

faster weight loss – it has been shown that people on the ketogenic diet lose weight by an average of 2.2 times faster than people on classic diets that reduce their total calorie intake,

beneficial effect on the complexion – because of reduced sugar intake, the skin becomes healthier, hormones more balanced, which in turn leads to less acne and a healthier and more beautiful complexion.

For the benefit of a ketogenic diet, you should also be aware of certain risks , warns Harvard Health . These are:

nutrient deficiency – if your diet is not properly balanced, you are at risk of missing important minerals and vitamins,

liver problems – with the increase in fat puts more pressure on liver growth,

kidney problems – similar to the liver, the kidneys can be overloaded,

constipation – due to a lack of legumes and fibers, there may be a lack of bowel motility,

confusion and dizziness – the brain is glucose the primary food, and due to a lack of fast glucose from sugar, a slight dizziness and general confusion may occur at the beginning of the diet.

“For people who are obese and at risk of serious cardiovascular disease , a ketogenic diet may be a good current choice for losing weight quickly , ” according to the results of many scientific studies described by Swiss scientists at Lausanne Univerity Hospital in Switzerland.

All foods rich in carbohydrates such as:

fruits – avoid all fruits, smaller quantities of berries such as strawberries are allowed,

sauces – all sauces generally contain large amounts of carbohydrates and should be excluded from the diet,

alcohol – Carbohydrates from alcohol will quickly expel the body from ketosis.

Preferred foods in a ketogenic diet

eggs – you can cook them any way you can,

butter – use it instead of vegetable oil in cooking,

Warnings before starting a ketogenic diet

“People who should not start a ketogenic diet include pregnant and lactating women, diabetics and high blood pressure people,” warns the Diet Doctor health portal  .

Healthy people generally respond very well to this diet, but for the first few days it is possible to feel hungry, harder to fall asleep in the evening and generally feel weaker and more tired .

If you experience these side effects, try gradually reducing your carbohydrate intake. Remember to bring plenty of fluids and include exercise for the best results in your daily routine.