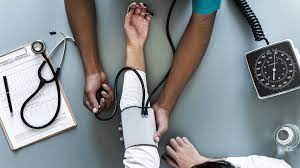 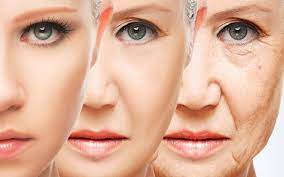 The World Health Organization defines overweight and obesity as an excessive accumulation of fat, which poses a threat to human health, and a person is considered obese if his body mass index is 30 or more, while those who were His body mass is 25 or more and he is overweight, and it is important to know that obesity is a major risk factor for many chronic diseases, such as diabetes, heart disease, and cancer.

read this article: Is It Bad If You Lose Weight Too Fast

Many companies have always marketed products that promise people to burn calories and fat, in fact, the usual way to burn fat is always increasing the movement of the body, and it is considered the best way to achieve the desired goal,

There are many ways that will contribute to increasing a person’s burning rate of fat, including the following:

• Increasing the duration of exercise:

The body burns calories when exercising in order to supply it with energy. It is interesting that the body continues to burn more calories even after the end of the exercise. The continuation of this effect depends on the composition of the body in general and the duration of exercise; The longer the exercise, the higher the rate at which the body burns calories, and the faster the metabolic rate.

resistance exercises are one of the types of exercises that work to strengthen and build muscles, and with the increase in muscle mass, the burning of calories increases even in times of rest.

4.5 kg of muscle burns approximately 50 calories at rest, while 4.5 kg of fat burns only 20 calories,

Resistance exercises become very important with age; This is due to the decrease in metabolic rates, as doing these exercises at least twice a week is enough to raise them. It is worth noting that the largest muscles in the human body are the ones that burn fat the most, and are found in the abdomen, chest, thighs, and arms.

Caffeine is one of the things that increase the rate of burning of calories by the body, and this is believed to be due to its ability to make the body feel that it has more energy, which prompts it to increase its movement. Both green and black tea, and coffee are drinks that contain Caffeine, and in order to benefit from the feature of coffee caffeine in burning fat without experiencing any side effects such as insomnia, it is recommended to drink 1-4 cups of coffee per day.

The body needs energy to start the process of digestion and absorb nutrients every time a person eats a meal, so it is logical that eating small and frequent meals burns more calories.

Drinking half a liter of water increases the burning of calories by 24-30%. Drinking water also helps reduce the number of calories a person consumes. The effect of water on weight loss appears, especially when it replaces high-calorie and sugary drinks.

Hot peppers contain capsaicin, which may increase the body’s burning rate of fat and reduce appetite.

The truth about some recipes for burning fat and losing weight

There are many claims about the ability of lemon, especially with hot water, to burn fat and lose weight, but there is no scientific evidence to suggest that drinking water with lemon contributes to weight loss compared to regular water, and the only effective thing to lose weight is to reduce the calories it eats. The person, and the increase in the rate of burning and spending them, and drinking water with lemon may contribute to enhancing the feeling of satiety, which contributes to reducing calorie intake and losing weight, but this effect is due to reducing calories intake, and not because lemon has such a property, so drink water Lemon is not a magic solution to lose weight automatically, and a person will not notice any change in his weight if he relies on eating it and completes his day eating unhealthy fast food.

Burn fat with cinnamon and honey

Water helps to lose weight, and the same applies to water detox, which is produced by adding flavors of fruits, vegetables, or herbs, and as mentioned previously, water can increase the speed of human metabolism and burn calories temporarily, and it has shown A study showed that people who drank water before eating a meal lost 40% more weight. Drinking water is also associated with a decrease in appetite, and therefore the benefit of water detoxing in weight loss is due to the benefit of water in general, and not to what is added to it during its manufacture.